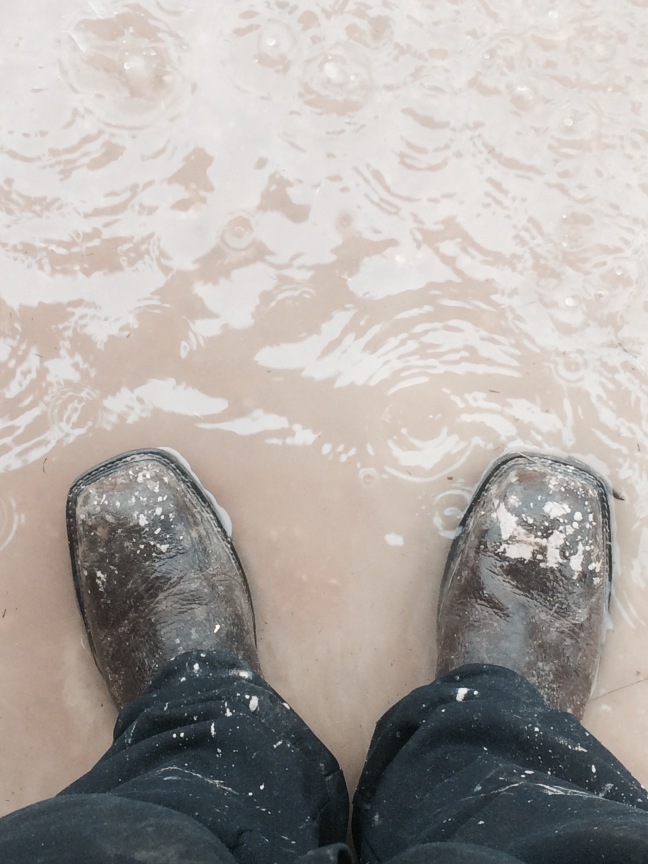 Have you ever heard the expression, “When it rains, it pours?” Well, this particular season of my life has been exactly that. It’s almost been a live demonstration of Murphy’s Law. Just go look that one up when you have time.

I’m gonna save you the details and abbreviate the happenings. Between extended family shenanigans, vehicular gremlins, and countless other crap…let’s just say the devil has been a giant prick and he thinks he’s got it all figured out.

We recently finished a series at our church called “The Storms Just Kept  Coming.” You can find it here. At the time, I wasn’t relating much, but you put the Word in You when you don’t need it so that you have it when you do.

When all this crap reared its ugly head, I was talking to the Wildman and he dropped yet another truth bomb on me. He said, “Well son, don’t let all this get you discouraged. Sometimes, you just need to put it down until you get it  out of your thinking. That may be a couple days or a couple weeks. But it’s gonna be alright.”

I’ve been thinking about the clouds and the rain and forgetting about the One who reigns and brings the promise after the rain.

For some odd reason I forgot the second part of John 10:10. I focused on the devil of this world and all his fiery darts. We’ve been taught for years that all he wants to do is steal, kill and destroy. But so often we get caught in the rain, we forget that Jesus is the One who brings us life and brings it to us in abundance.

But why do dark times come with rain? Do we always have to go through it? The Word tells us that simply being Christians, we’ll have hard times (John 15:18-20) and that we just need to keep on truckin. What you are facing is no different to what others of the faith have faced.

To go even further, Romans 8:28 tells us, “And we know that God causes everything to work together for the good of those who love God and are called according to his purpose for them.” God already has a plan for you outside of the rain. Because you are special to Him as He will never let you down.

So, despite all of the stuff the devil has been trying to use to get me down, I have the assurance knowing that God’s purpose for me is for good. I just have to dwell on His plan and not the discouragement like the Wildman so fondly reminded me.

If that is too wordy and you have problem remembering all of those verses, look at it like this: When it rains, HE REIGNS.

Y’all be safe out there.